This was a house totally structured with wooden beams in San Buenaventura Tlalpan in the very far south of Mexico City, designed in 1993 and finished in 1995, set in a half hectare oak forest land the house features a half level slope scheme; having the bedrooms in the upper front part, a studio with a wide horizontal window box and in the back low level the living room completely covered by a skylight supported by wooden beams and confined with seamless glass walls stand which out on dry stone bases, all the exterior walls were stucco painted with natural baked orange clay in order not to fade ever. A 40 feet rounded un-painted steel chimney makes contrast with the horizontal, light and transparent appearance of the house. 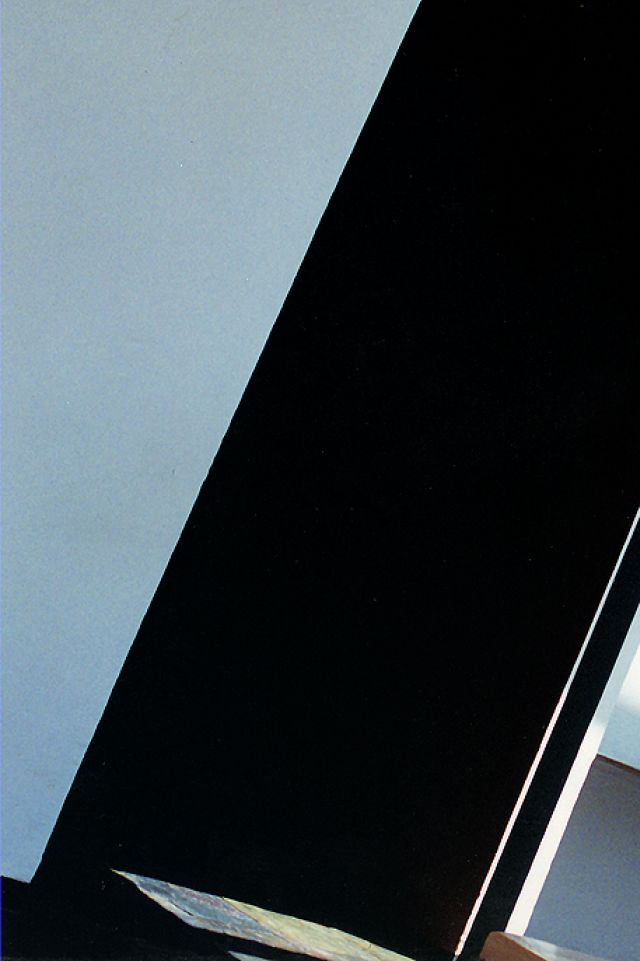 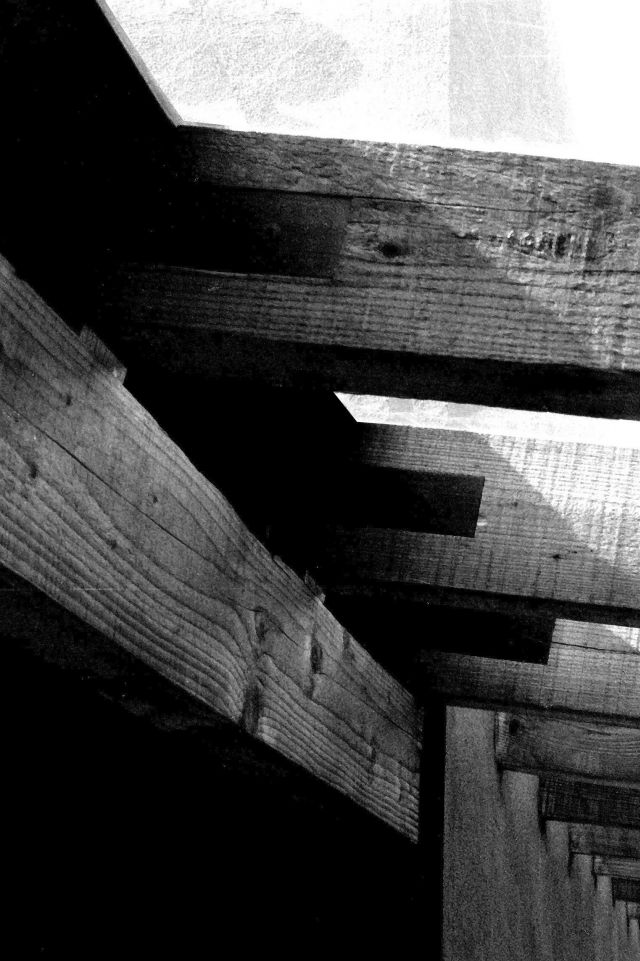 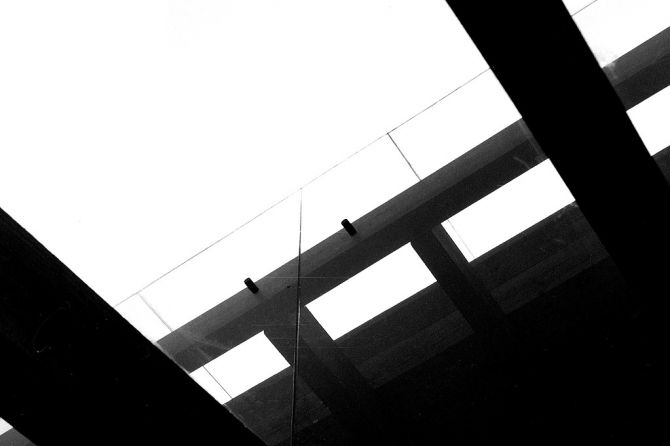 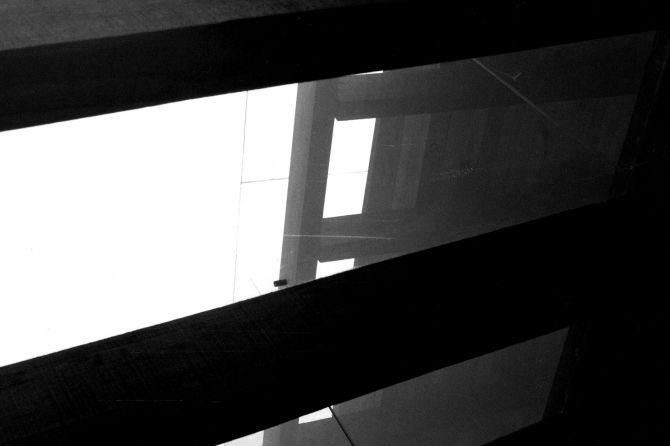 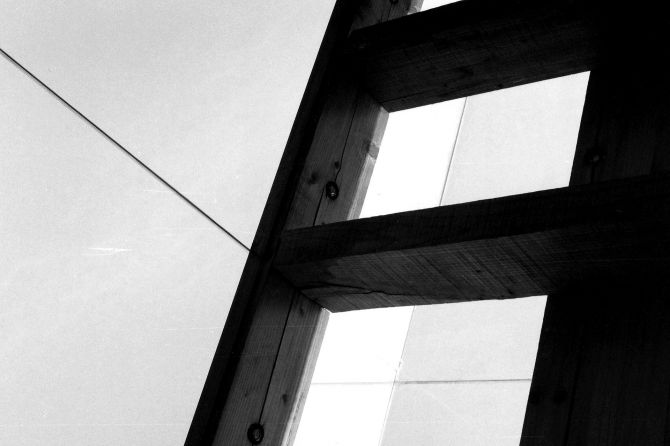 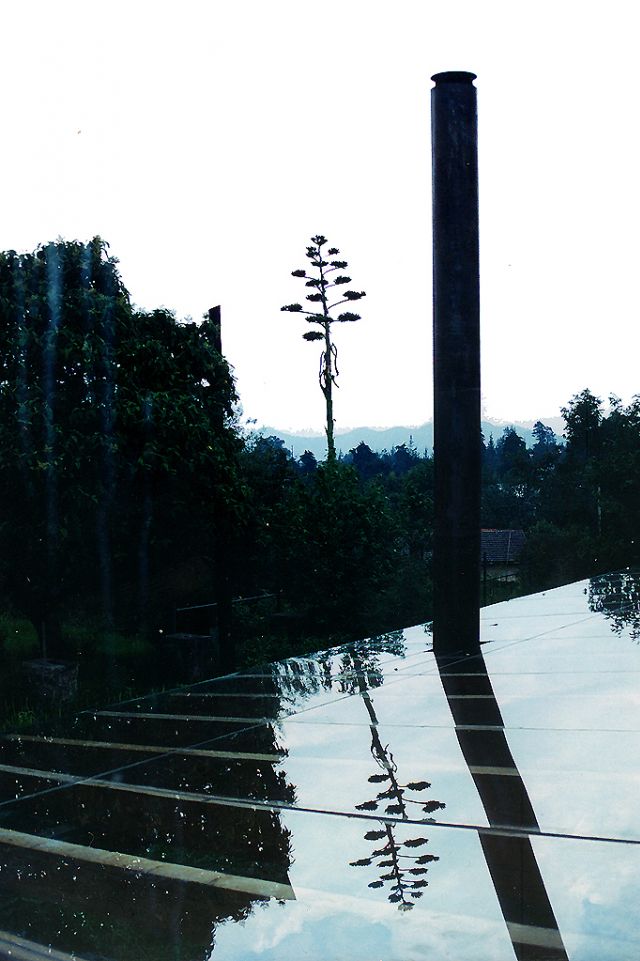 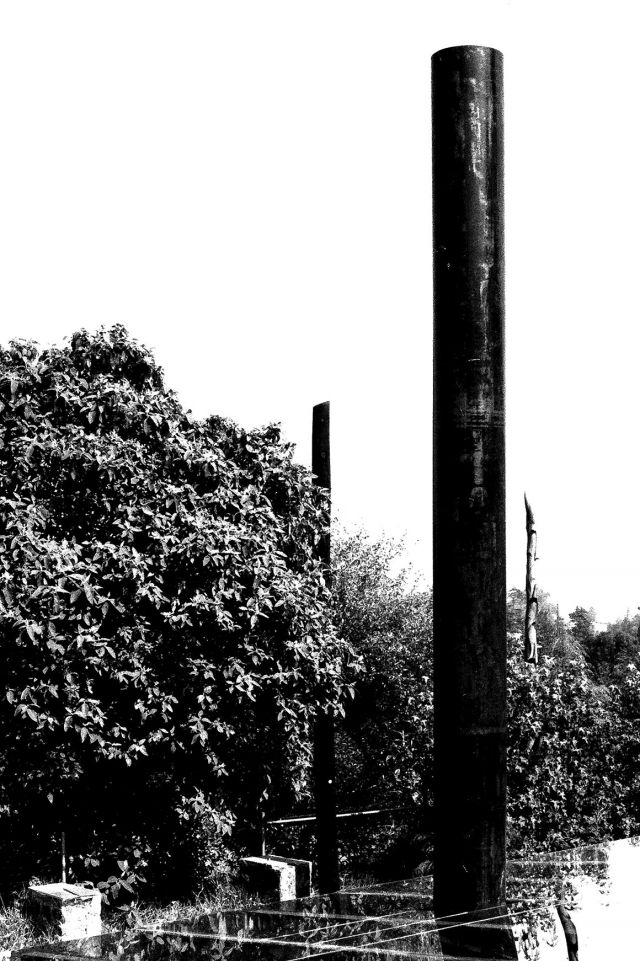 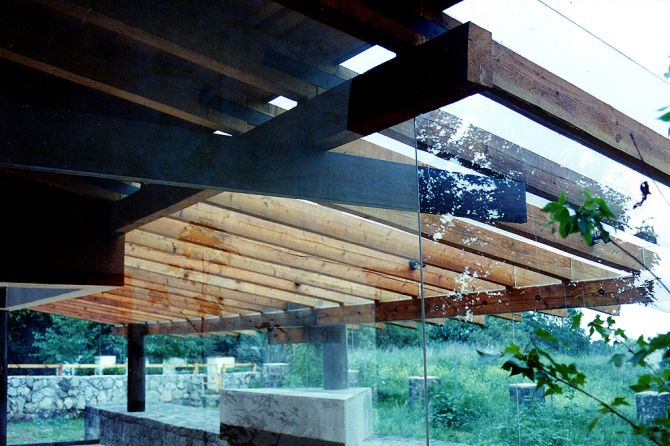 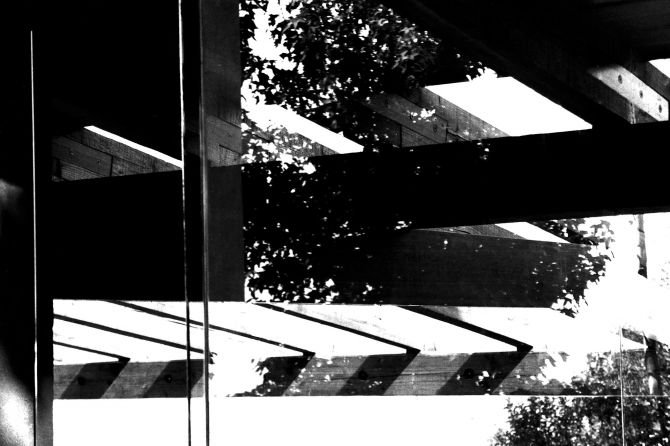 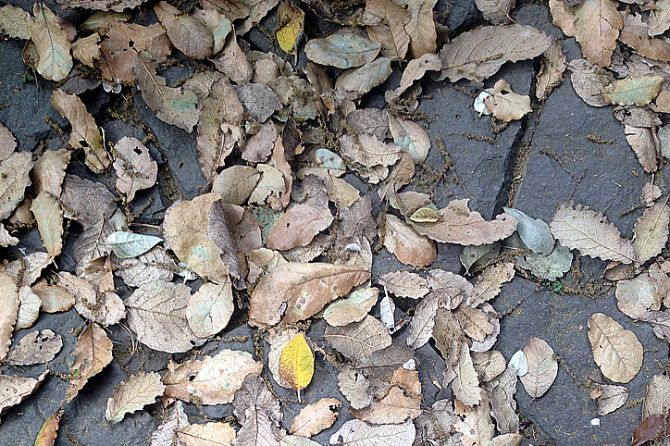 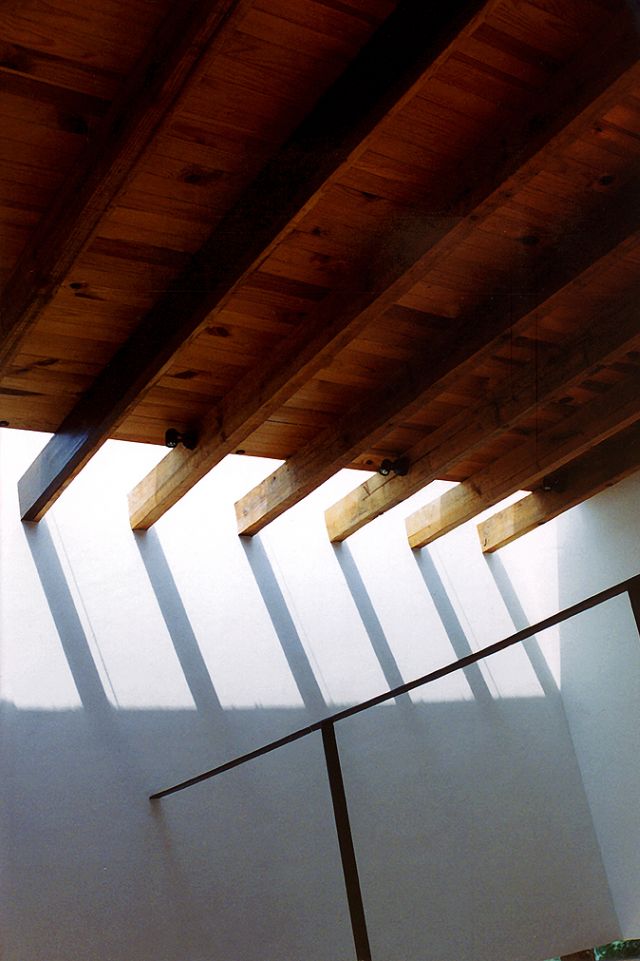 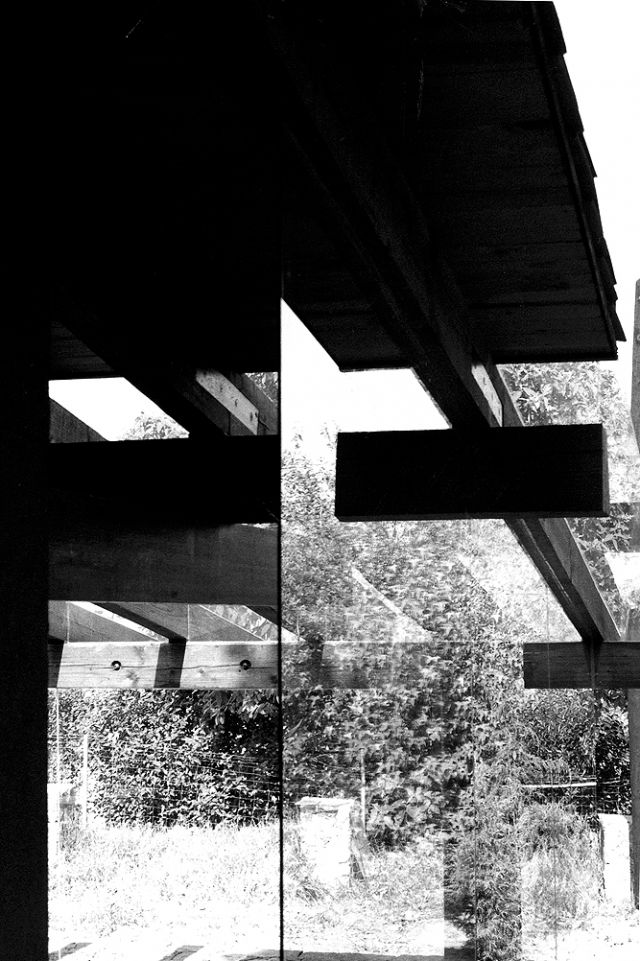 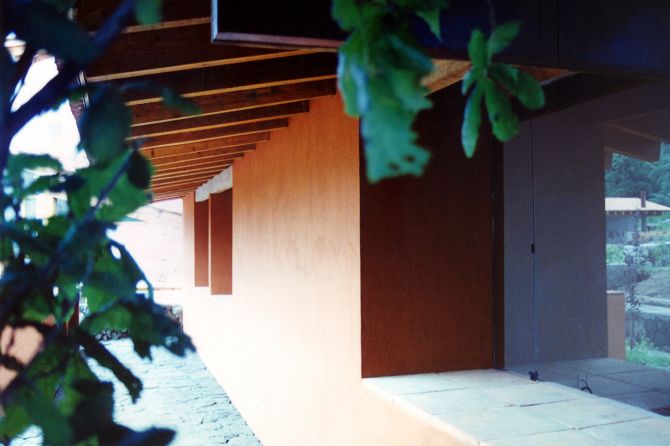 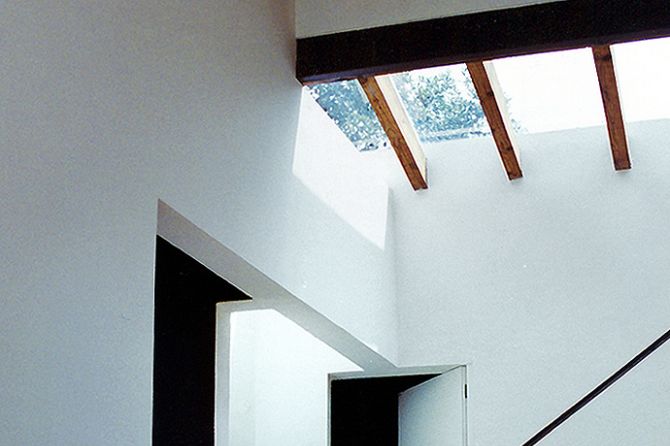 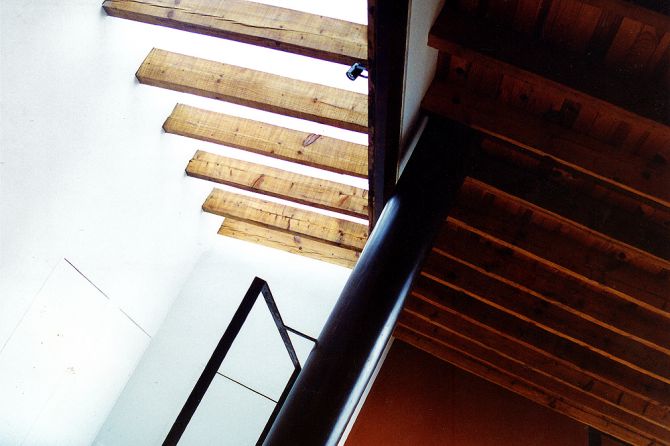 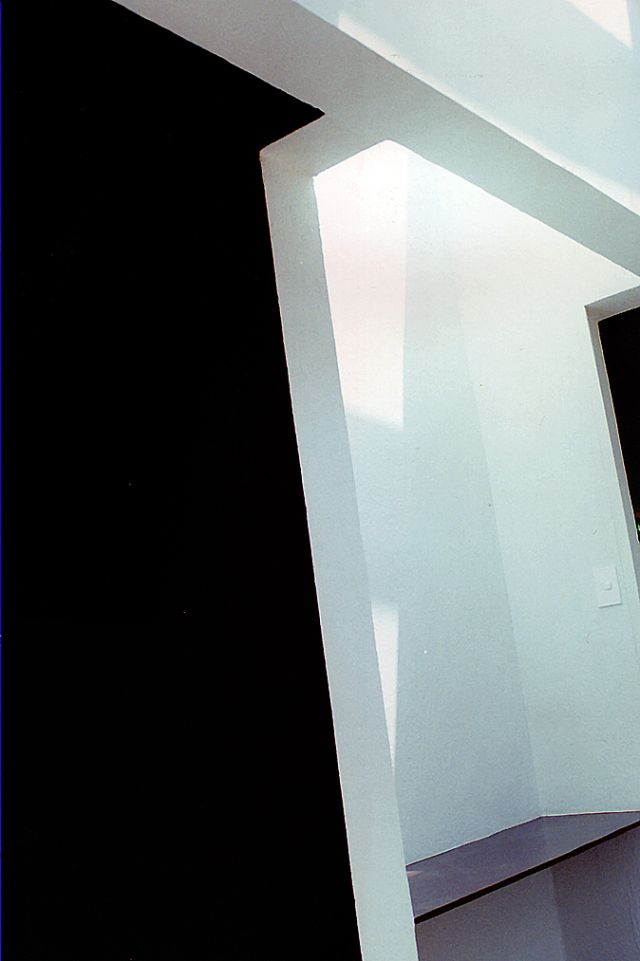 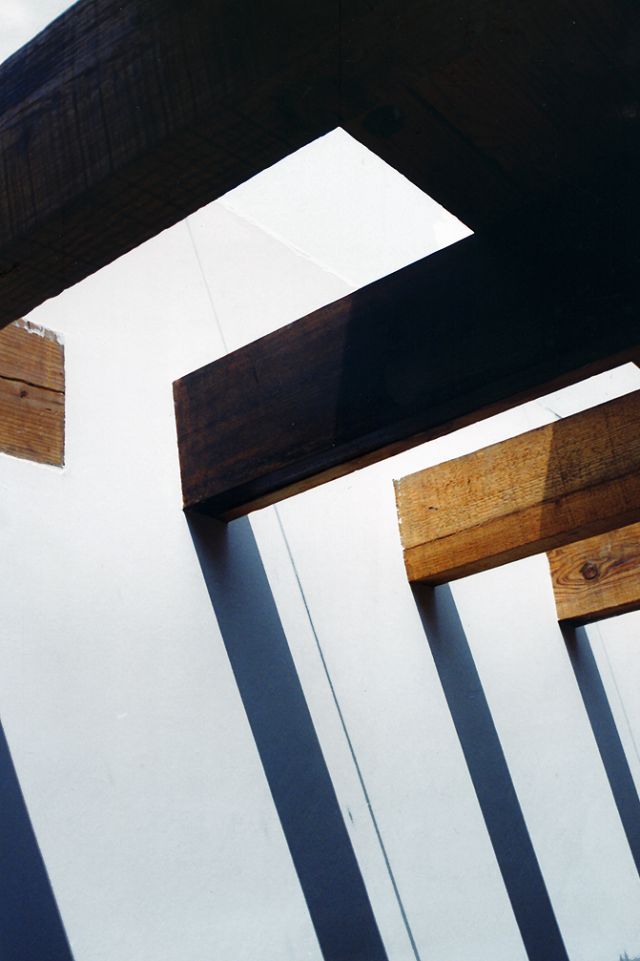 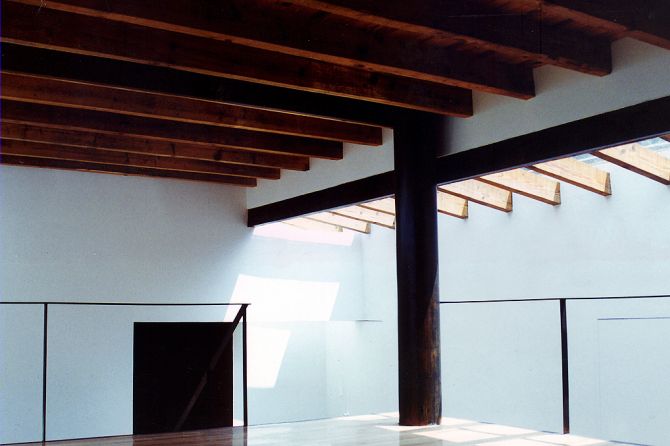 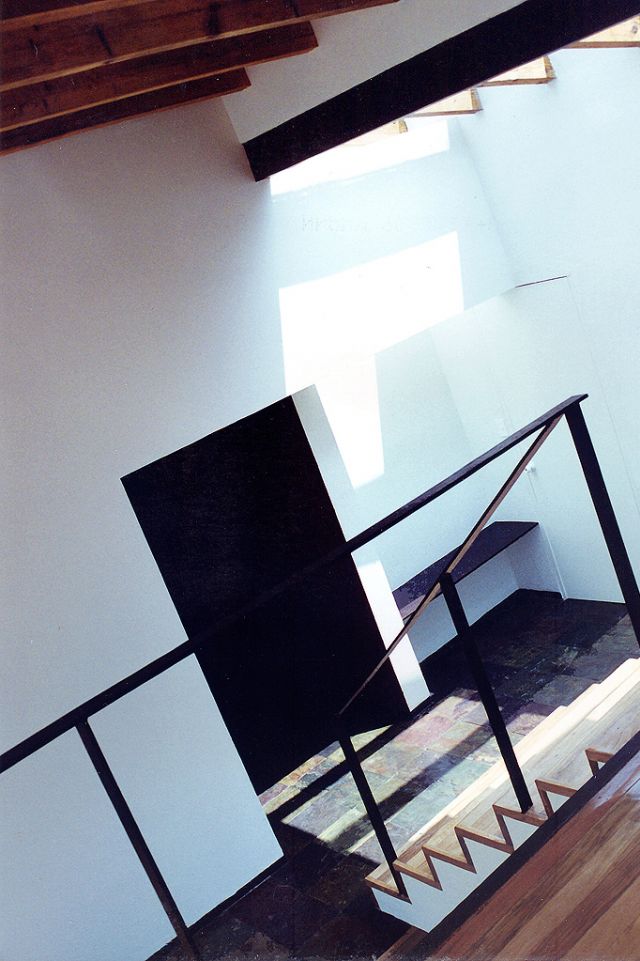 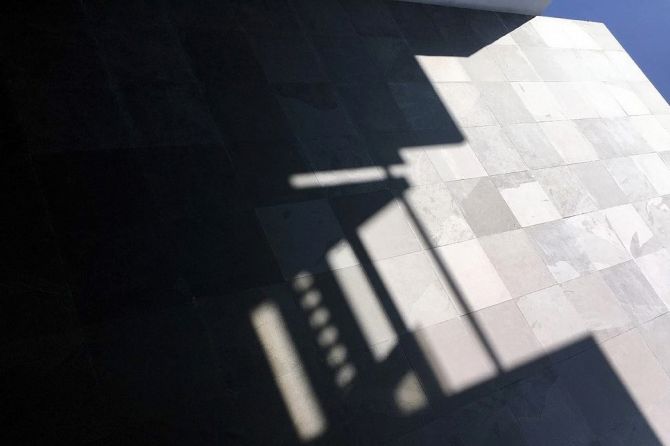 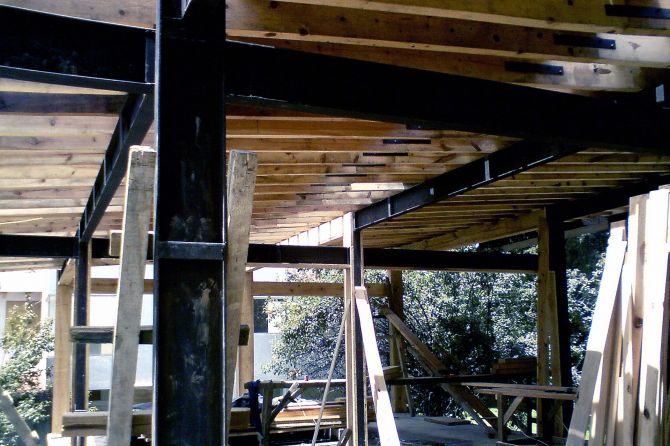 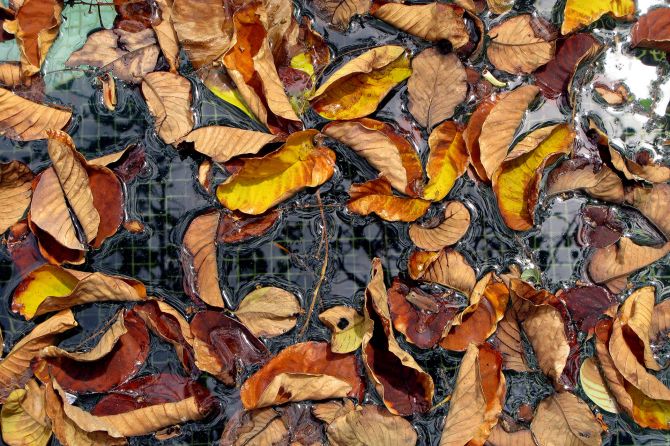 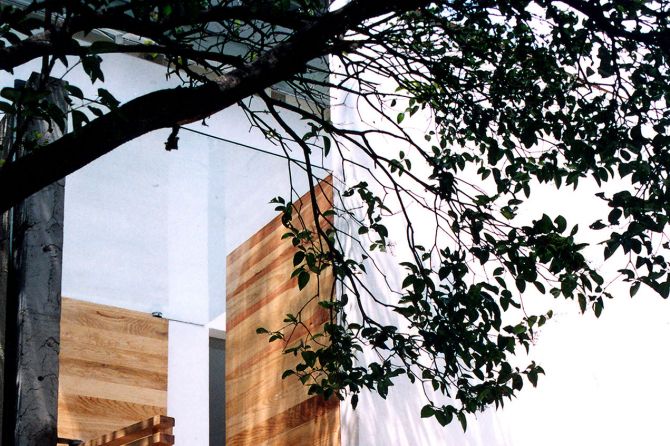